Since I started working on it today, I figure I should start a thread.

Went to fix what I thought was a single broken weld on the pivot bracket for the springs, only to find it was completely broken free. 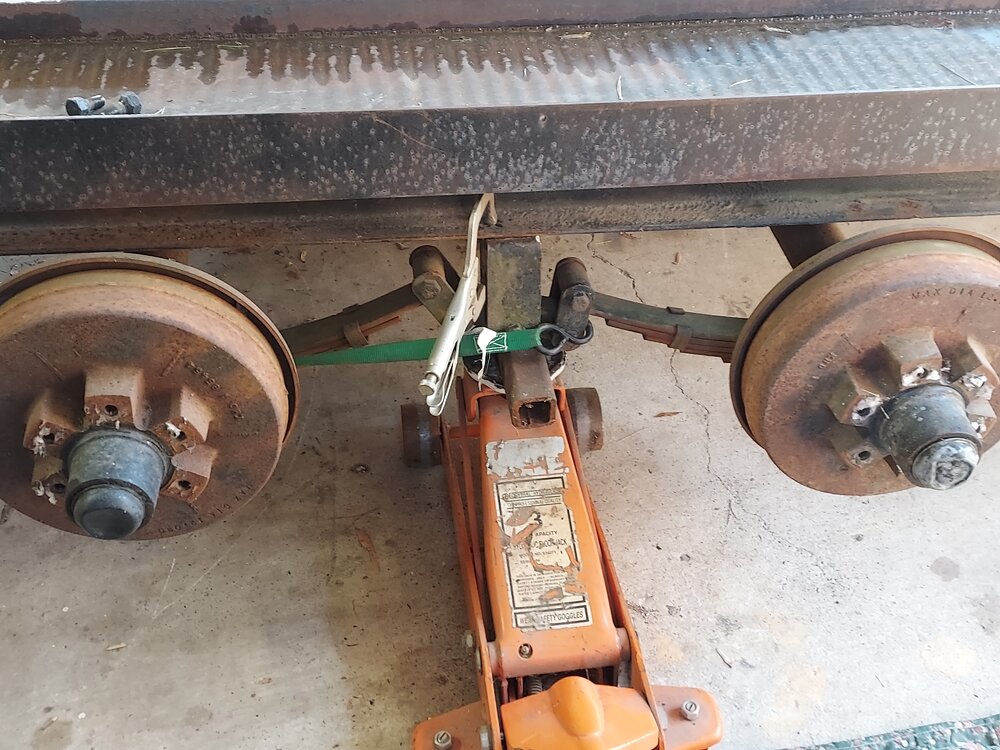 Between the jack, the clamp, and the strap, I got it back in place. 4 6011 rods later, and it should last longer than anything else on the trailer. Sorry no pics of that, just my gratuitous testing of the weld. 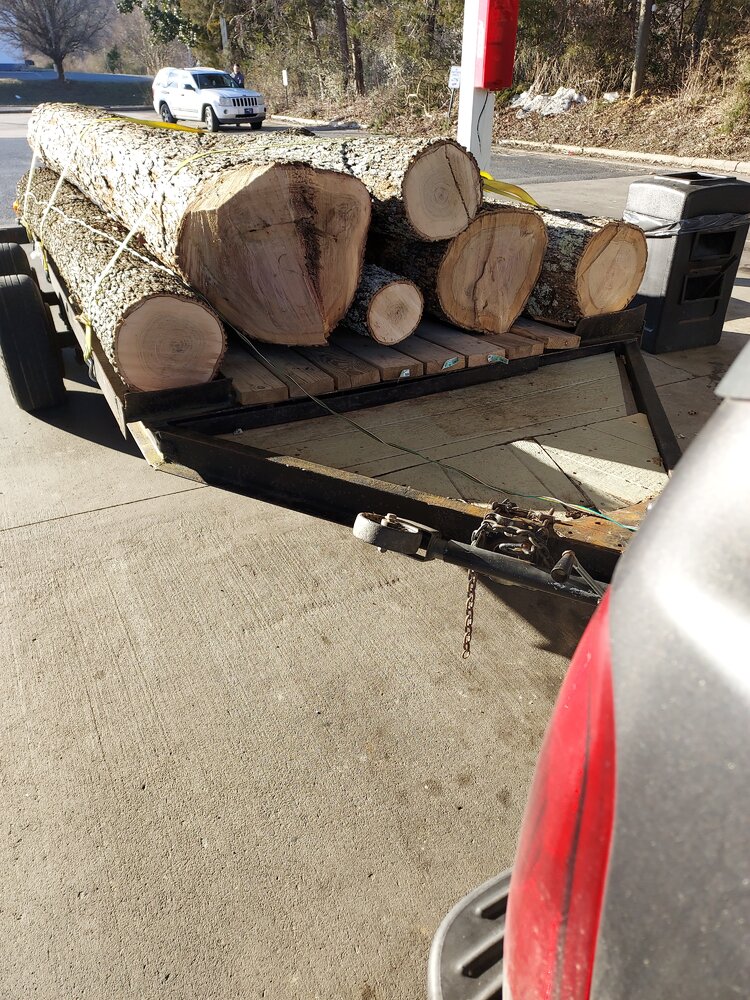 It was at this load point that I realized one tire was smaller than the other three, and obviously NOT the same load capacity.

I do have a question. Can anyone tell me what kind of axles these are?

I've never seen a trailer use lug bolts before. European cars (and dodge) yes, but never a trailer. They appear to have a 12 inch drum, based on the stamped max diameter of 12.090. I had found some used wheels pretty cheap, but now I've found the wire isolator on the backing plate for the brakes is melted on both passenger side axles. So I'm guessing something else is hurt too. Which means wither replacing everything and doing the hub swap, or trying to piece this back together with these drums. But I'd like to know what these axles are to know what to look for.

They appear to be mobile home axles…

I may be wrong…. Those drums look similar to these. 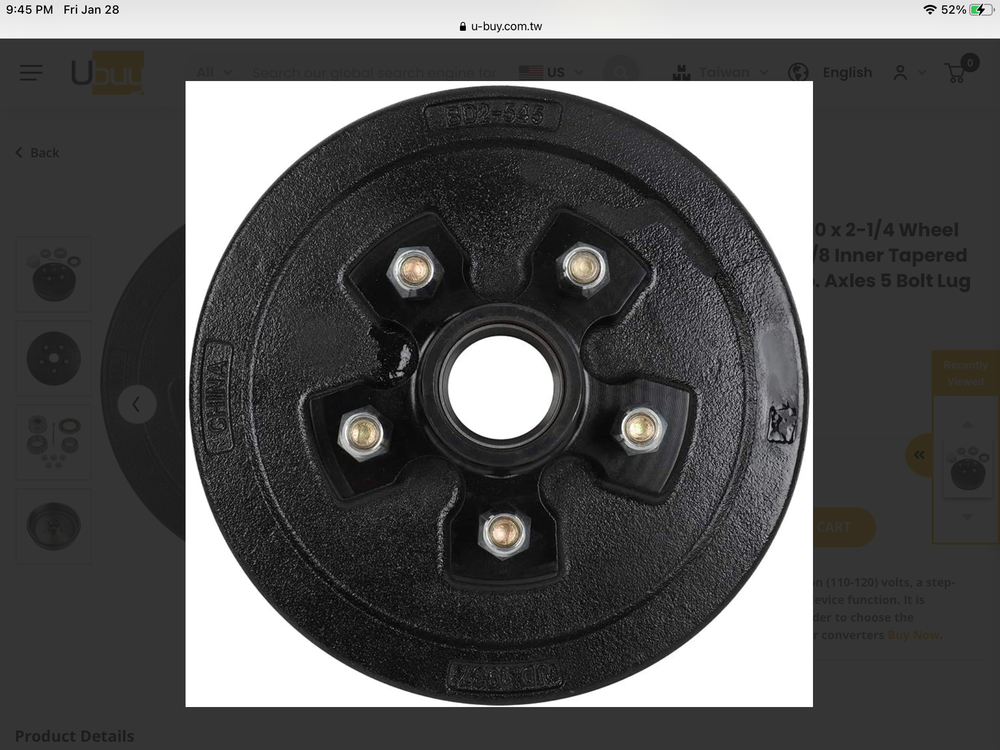