A good source of info to start with.

As part of my buggy research I'm looking at smaller engines that will work for me. I may or may not use any of the engines, but still figured I may as well dump it out here for others as I find anything interesting.. The coolest part and this holds true for the LSx family is the sharing and interchangeability of parts across the various sizes.

In passing I stumbled across the 3500 engine and first thought it would be too small for what I'm doing. Knowing how frustrating a small engine can be with big tires. BUT after looking at some numbers, it appears to be almost inline with my current 1972 307 chevy engine that makes ~170hp (best guess w/ TBI) at 4500rpm. This 3500 motor is in that area but continues to rev and make power up to 6k rpm.

I'm happy with my current motor and its doing what I need it to do. I initially was going to substitute in a 4.3L V6 as they are also similer in HP/Tq just in a shorter package.. BUT these new motors with the DOHC and better engine controls seem to be able to extract similer power from a smaller package..

Again I'm not saying it is or it isn't at this point simply passing on the stuff i've found.. 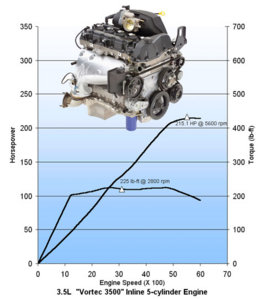 My thinking is that I can have it more easily set ~4-5" back into the passenger area while still providing adequate room for feet and pedals.


Next to find is some size/specs. on it..

I need to find the specifics, but there are some downfalls of those engines, ( different versions have seperate issues)
The largest being, they are a BITCH to do any internal repair work, you need specialized tools, many of which are not user friendly ( poorly designed is one problem)
2800-3700
Head bolts break, usually right at the block deck, usually easy to remove, but requires head removal, which leads to tearing down the front of the engine becasue the tool designed to hold the chian slips out and the chain drops into the pan. Also required removal of the oil pan, which is a pain in the ass. basiaclly requires engine removal. 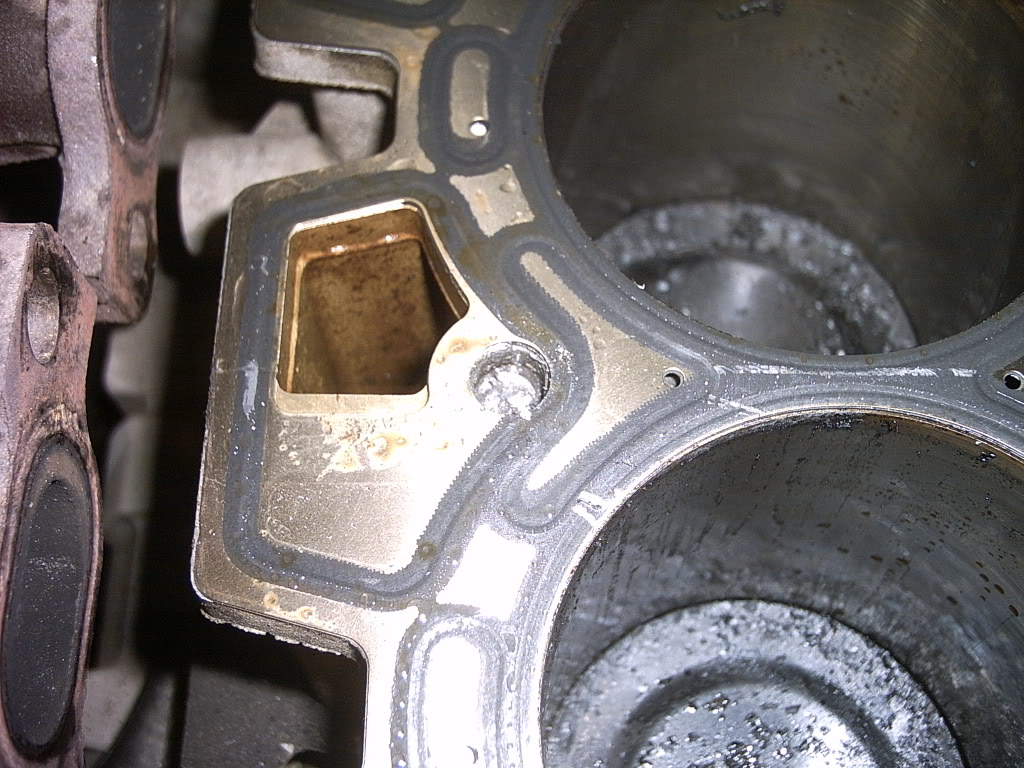 Head bolts are also know to break upon reinstallation as well, usually if the proper proceedure isn't followed ( oiled threads and base of bolt head, proper torqueing sequence, and proceedure, there ARE torque to yeild bolts, they CANNOT be reused )
If you are using an OBD2 engine management system, at some point it will have miss fire codes due to weak valve springs and poor seat sealing from the factory (which can also lead to burnt valves)
On the 4200
the early versions had issues with the wet sleeve breaking away at the top of the cyl, causing the sleeve itself to slam up and down with the piston, not repairable, replacement is nessisary. Early versions also had issue with intake gaskets and the composite intake leaking.still an issue I beleive, though has gotten better
all these engnes use dual over head camshafts, the exhasut cam timing gear hydrualically adjust cam timing for EGR like performance, ( retards cam to allow some spent gasses to remain in cyls to cool the next firing cycle) not too problematic, but you need the the right programming to make it work without it, could possibly be used to boost performance too I suppose, with some tinkering.
I'll see if I can find the info, I will call you over the weekend.
'08 Toyota PreRunner SR5 5spd (auto) appliance white
'97 Toyota 4Runner SR5 5spd (gone but not forgotten...)

as said, these engines and some others seem like good ideas until you find out issues due to normal wear and tear, which is probly not as bad as what we put them through...

During my search for a small, powerful, lightweight engine I found similar issues with ones such as the Buick 215 v8, shortstar, northstar
Ben

REDLYNER said:
Ha! I make up for a lack of talent with lots of shiny parts and skimpy race suits.
I'm basically the Danica Patrick of Ultra4

4.3 isn't with out it's own liabilities either.

newer versions being much more reliable and less problematic, though there are still intake gasket issues once in awhile.

depending on the version you find, one thing to look for, look at the starter mounting boss on the block, they are very prone to cracking/breaking there, rendering the block useless, no way to fix reliably, usually caused by the starter kicking sideways because the brace wasn't installed at some point.
'08 Toyota PreRunner SR5 5spd (auto) appliance white
'97 Toyota 4Runner SR5 5spd (gone but not forgotten...)