NCJeeplover said:
I think this is a VERY under rated part. I also believe it to be the lightest set up that uses 1480 joints too.
Click to expand...

Agreed. There are a number of folks out west running the dodge parts with no issues.
Ben


REDLYNER said:
Ha! I make up for a lack of talent with lots of shiny parts and skimpy race suits.
I'm basically the Danica Patrick of Ultra4 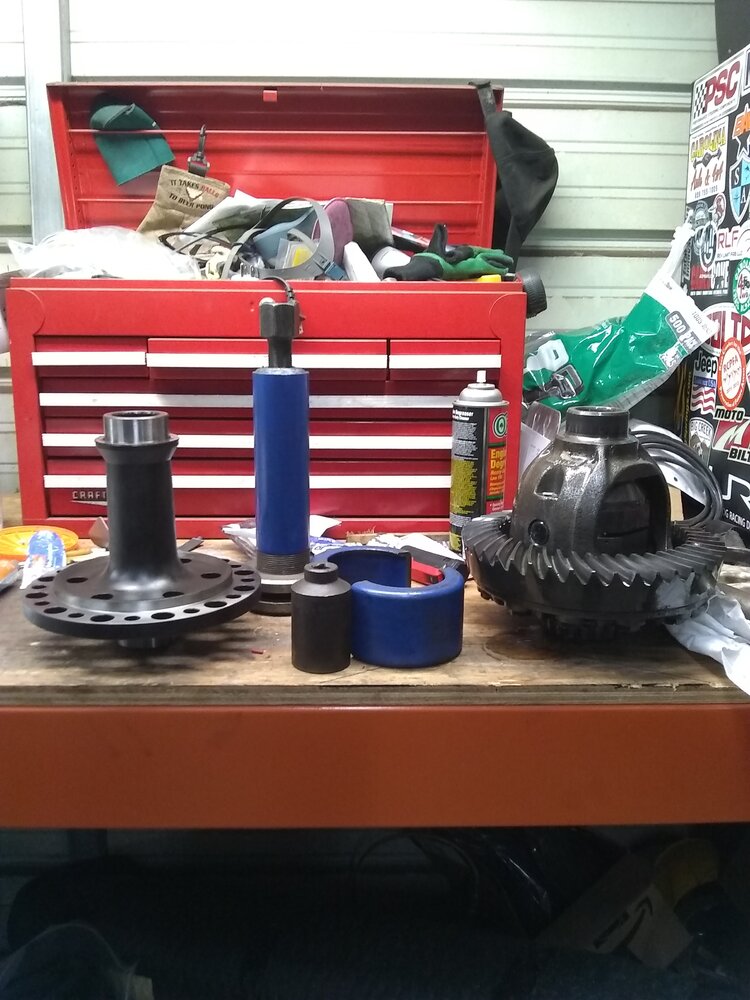 Couple of weeks ago I dropped off Bob at Chris's shop. I was starting to have issues with the spartan in the 60 coming unlocked at the worst times, when I needed it most. Usually on uphill climbs. So I decided to swap it out for a Yukon spool. And while I was at it I also bought a Detroit for the 14b off of Chris and we installed them both in an afternoon. He also fab'd up a big power steering resi to help with flow into the psc pump. Then this past weekend a group of us misfitz went down to gulches to have some fun. Ole Bob did well and had no issues keeping both front tires spinning. 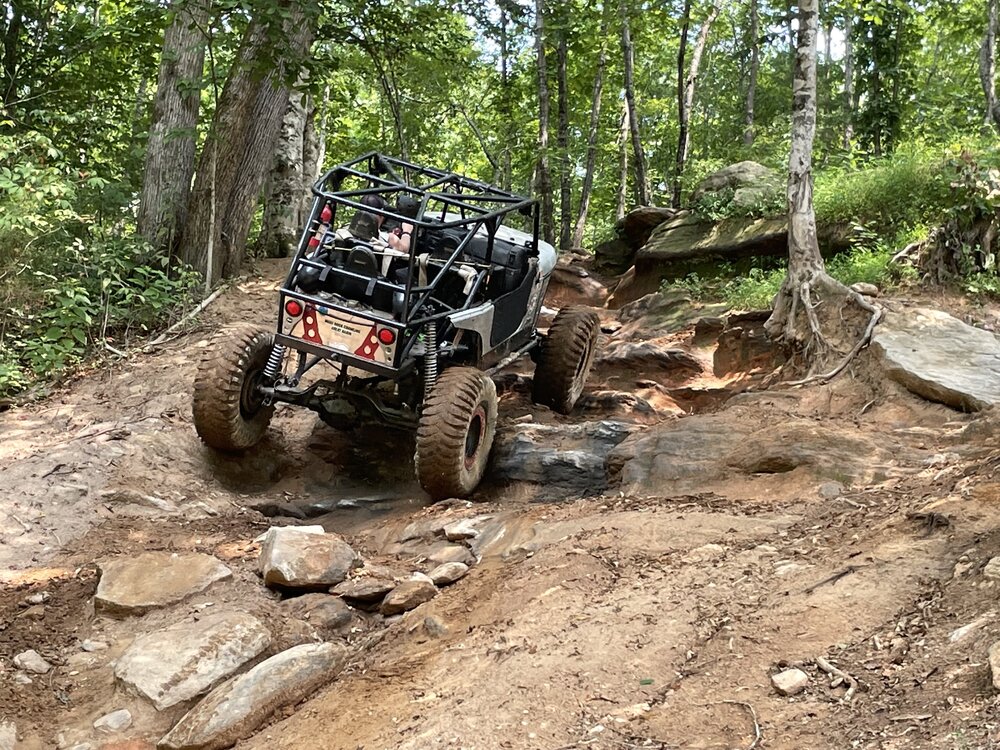 Haven't updated this in a while. Last year at the get together I lost my clutch riding around in the field. Have no idea how that happened

. Anyway I figured while I was in there replacing it, that would be a great time to put in a lower gear transfer case. Found a rubi case up in West Virginia for a decent deal and slapped it in. Had to get @Chris_Keziah to fab up a new cross member and belly skid. 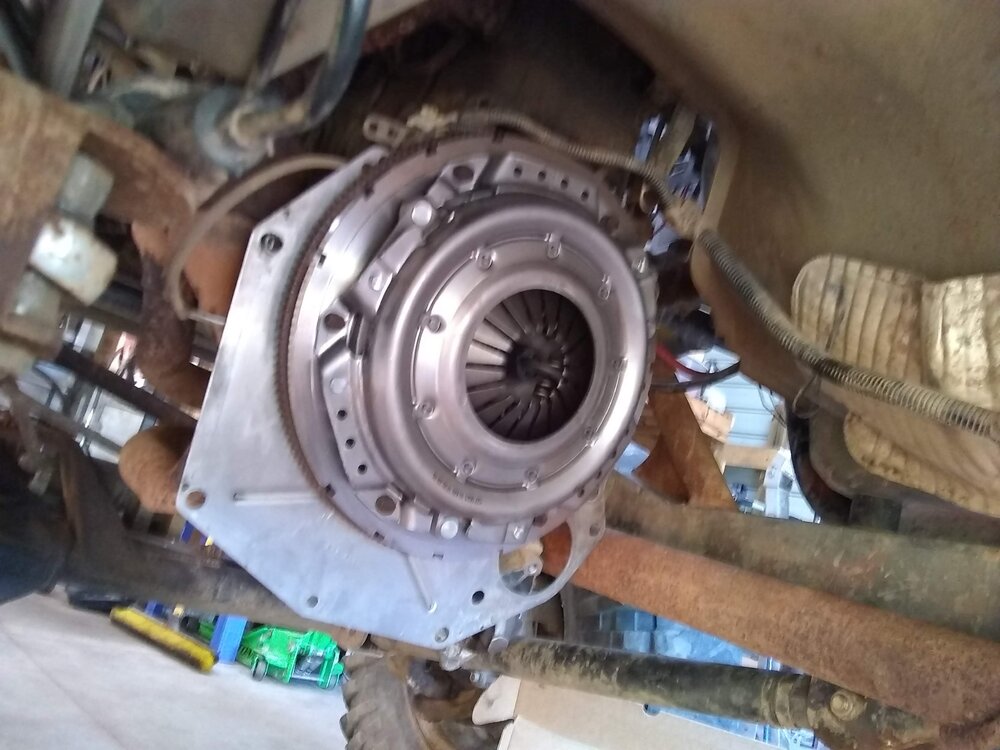 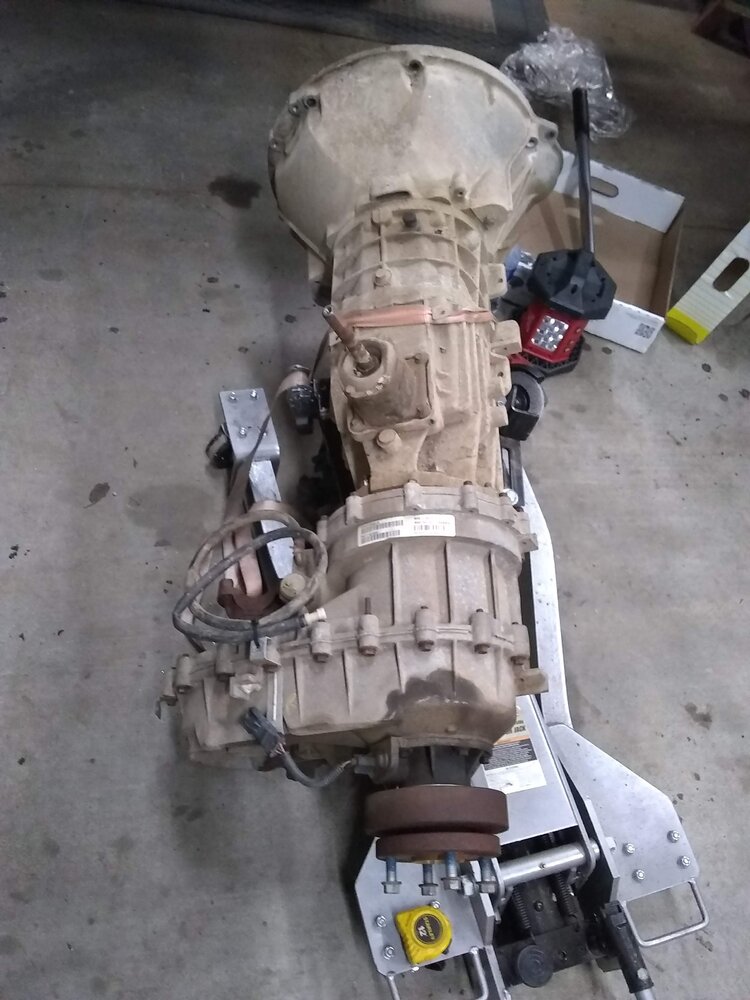 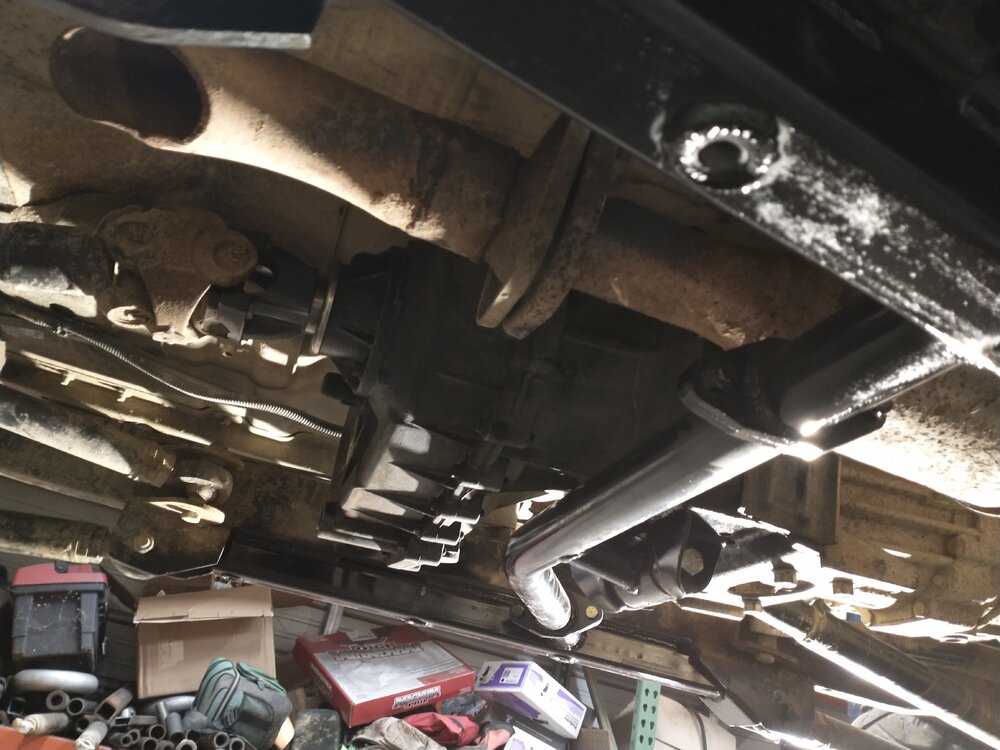 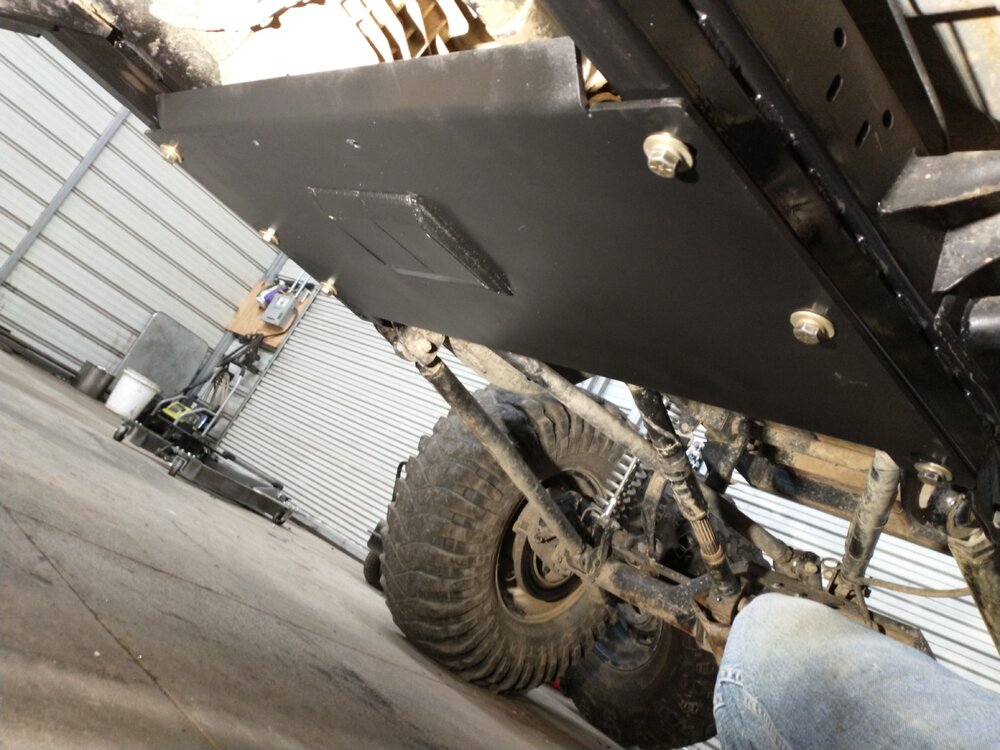 Next I figured since the bolts for the heims at the knuckle kept wanting to back out, I'd try my hand at fabbing up some double shear mounts. So far they have held up great and seems to have solved the issue. 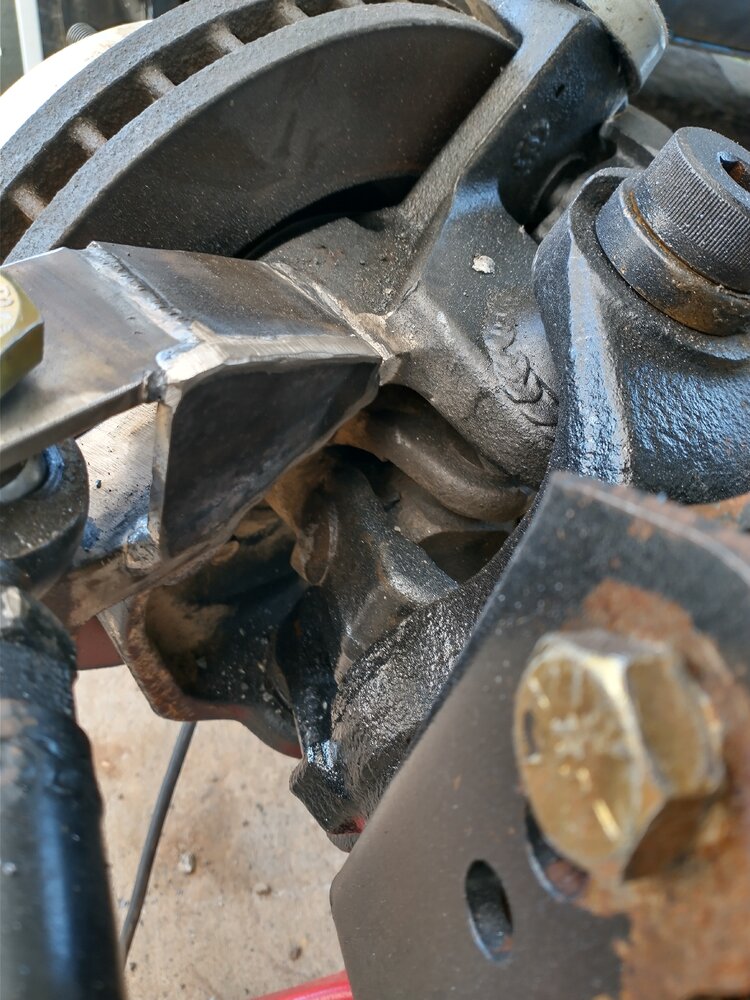 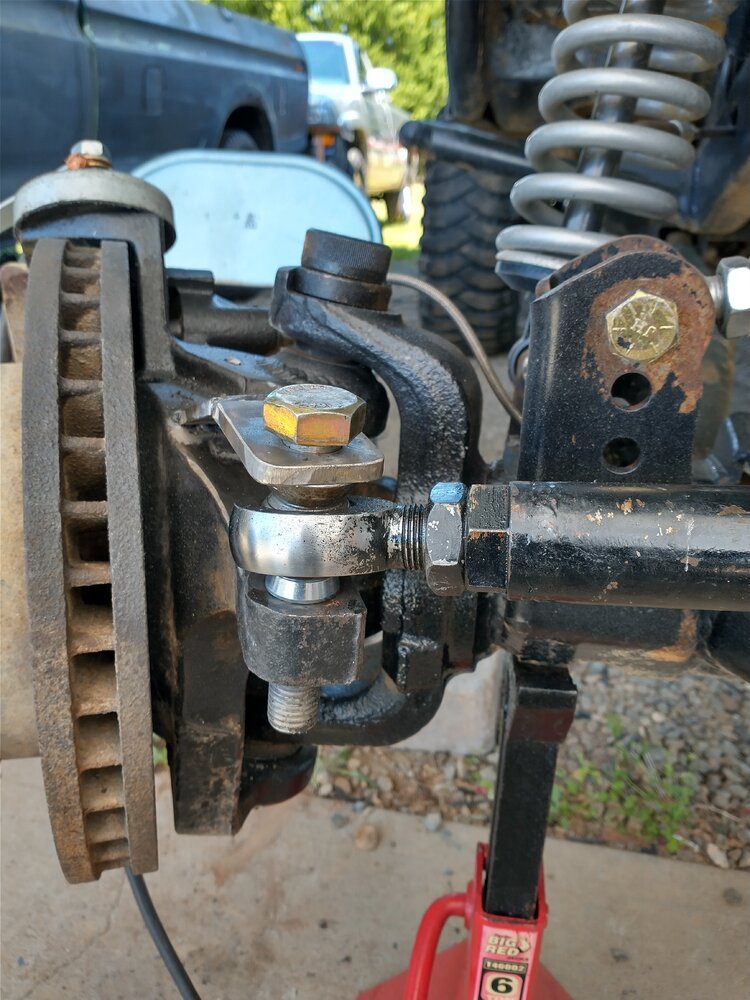 Then I had to take it out to the Ranch and try to compete in a rock crawling event. As you can see in the video how that turned out


Now after getting a few other things sorted out I decided to throw some 42s on it to see how much more stuff I can break. 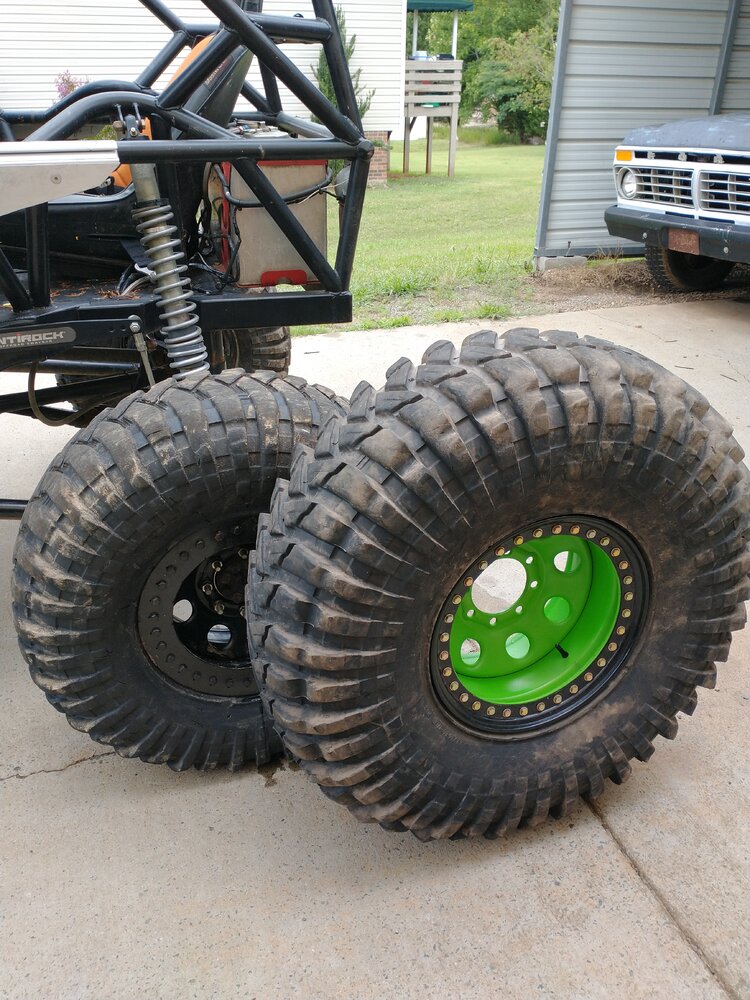 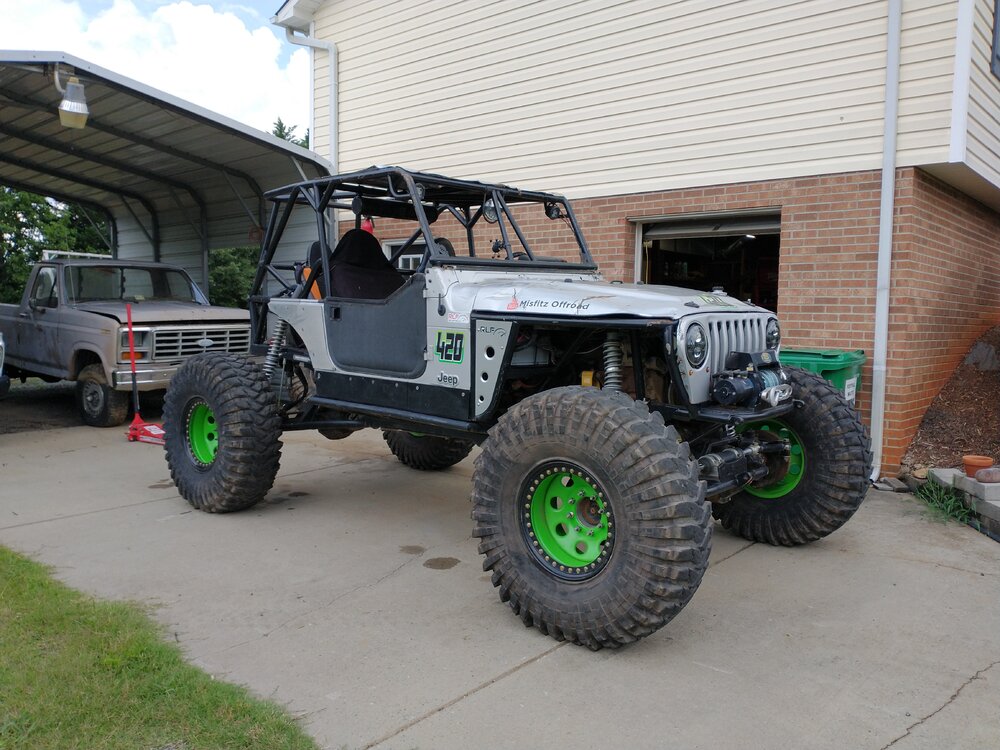 How do you like the wedding cake, err I mean BJ eliminators?
5.0 Ranger Truggy
Dents, stickies, fun.

Jody Treadway said:
How do you like the wedding cake, err I mean BJ eliminators?
Click to expand...

Haven't had any trouble with them. Only thing is I think it's the source of a pinging noise coming from the axle when I steer. But looking at it after each ride and it still looks fine.
2004 TJ "Bob Ross" Juggy
2002 F-350 CCSB 7.3 4x4
Rev Limit Fab
Carolina Trail Blazers

Jody Treadway said:
How do you like the wedding cake, err I mean BJ eliminators?
Click to expand...