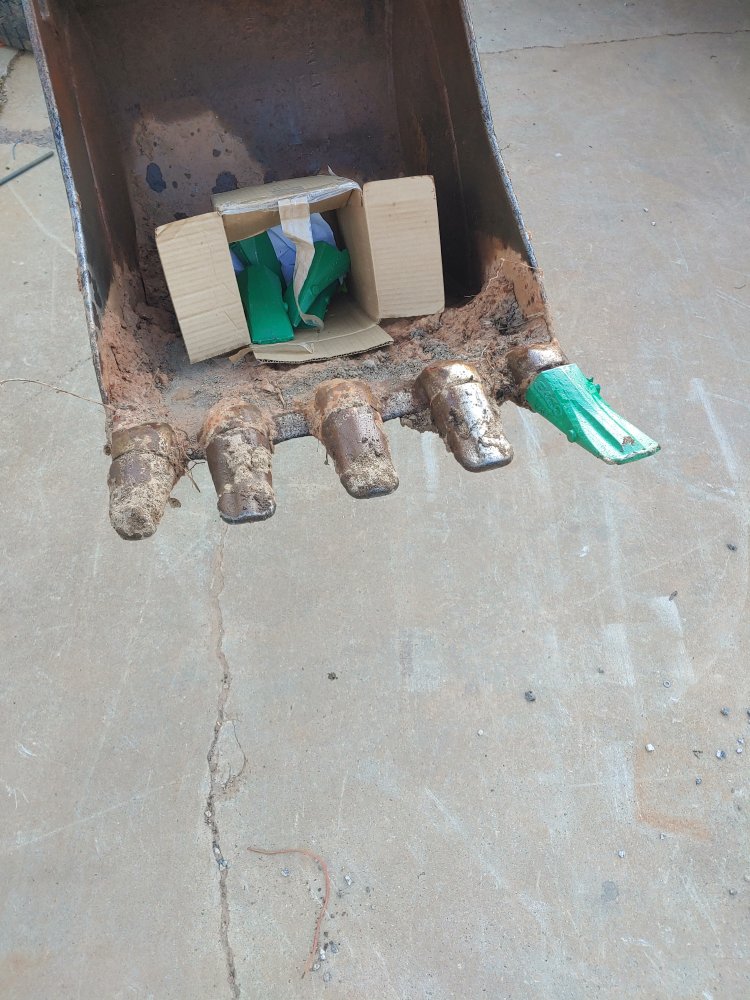 Ron said:
Except rats and mice. Both of which I appreciate out of my house. He came over with it on a shovel grinning ear to ear at what he had done....poor

wanted to hit the yankee neighbor with the shovel.
Click to expand...

Tell him to call you if he sees another snake. Then maybe you can teach him that not all snakes are bad/dangerous. I've caught lot's of kinds of snakes and showed lot's of kids and neighbors how to handle them gently. More than not of them wanted to hold them once they saw them just chilling in my hands/arms.
fair to middlin 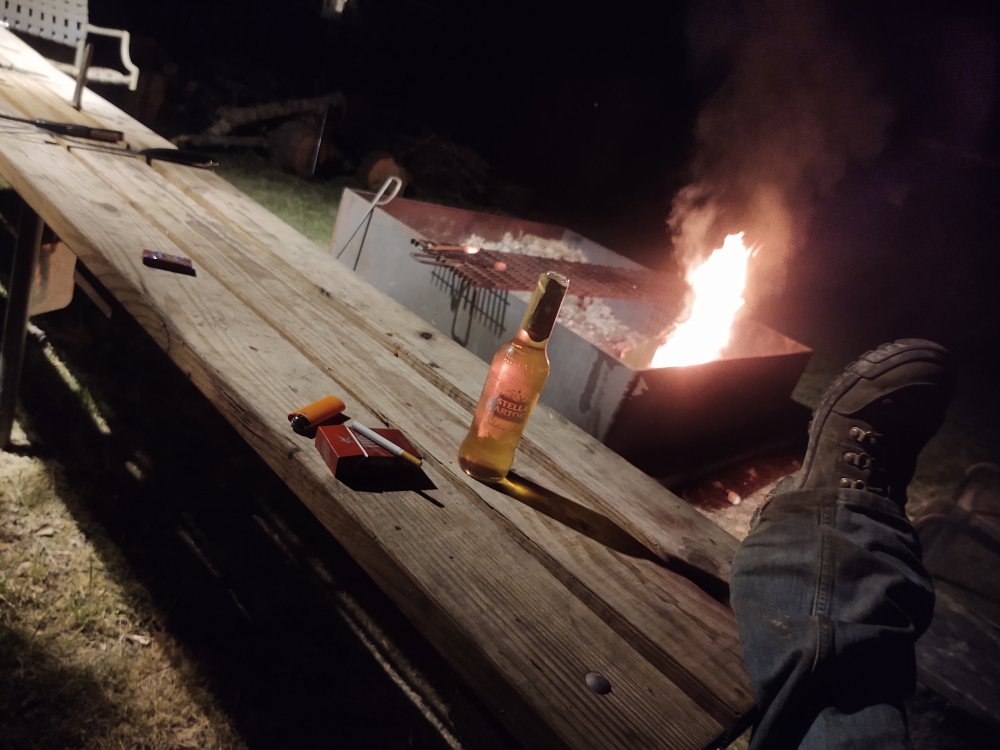 I go there every time I go to see my brother. He lives close enough to holler to Rays. The sausage is not as good since Ed died, I guess he kept his recipe a secret?
fair to middlin

Archimedes, would be Proud of you!​

Craftsman Warranty is actually redeemable at Lowes! (with a little qualification: so long as the have the same item in stock, but it does not have to have the identical part number)

I had a Craftsman 10mm wrench, 7/16" socket, 3/16" allen (3/8" drive), and an 80 tooth ratchet that were broken and needed replacement. Went to Customer Service desk at Lowes, lady said go find the replacement on the shelf and bring it back. They had everything except the ratchet. The wrench and one of the sockets was a variation in part number, but it was no issue. She punched some stuff into the computer, and a couple minutes later I was on my way.

I was pleasantly surprised to see the newer wrench (bottom) was broached on center and did not have a tremendous amount of excess casting. 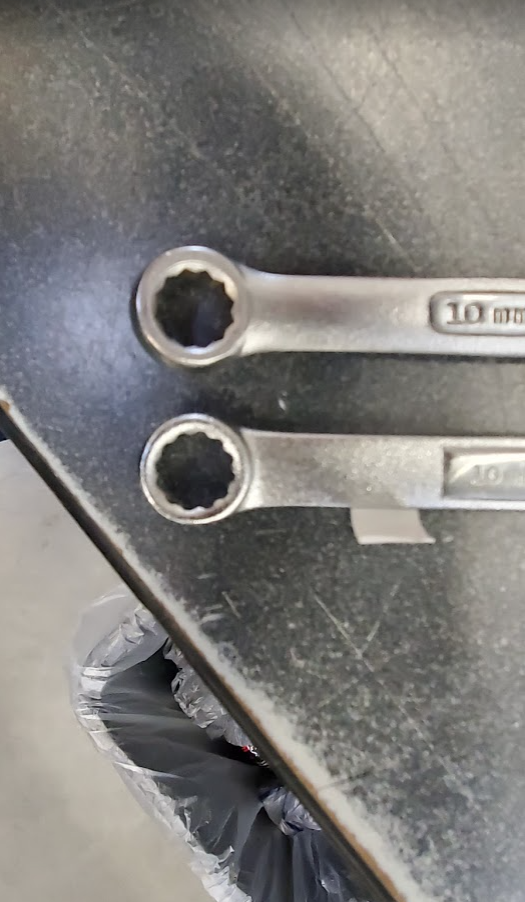 (Sorry for the crappy pic, my phone apparently was more interested in the trashcan below the table instead of the objects in the center foreground of the picture or the large flat table surface

Once I got back to the office, I snapped a couple pics of the broken ratchet and emailed them to Craftsman customer support. 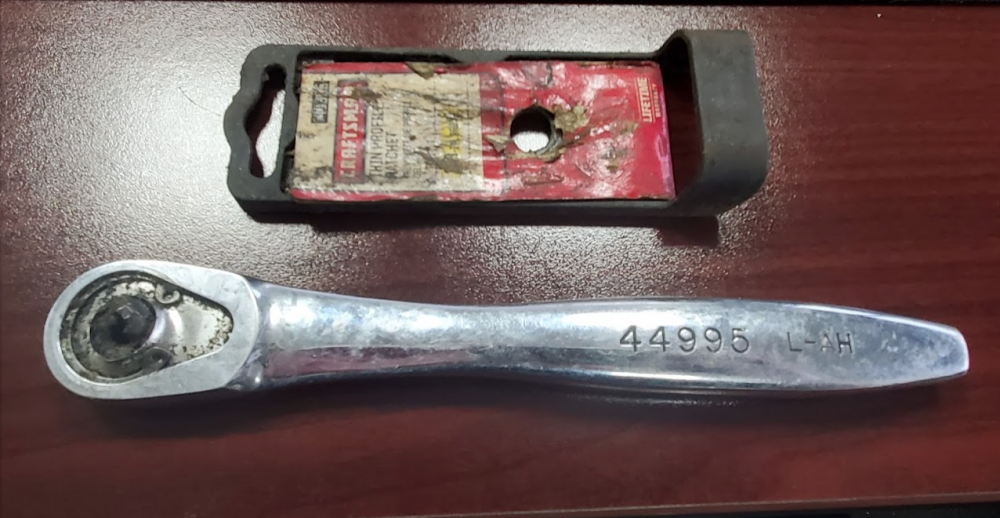 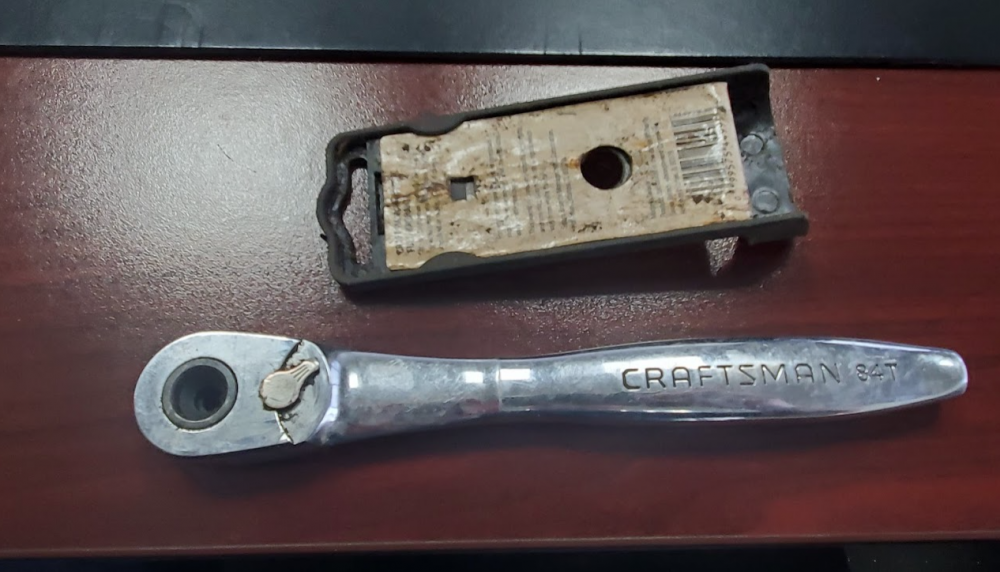 That was on Monday, Wednesday I had an email back from them, Thursday I had a shipping notification, and couple days later I had a brand new 120tooth polished ratchet! 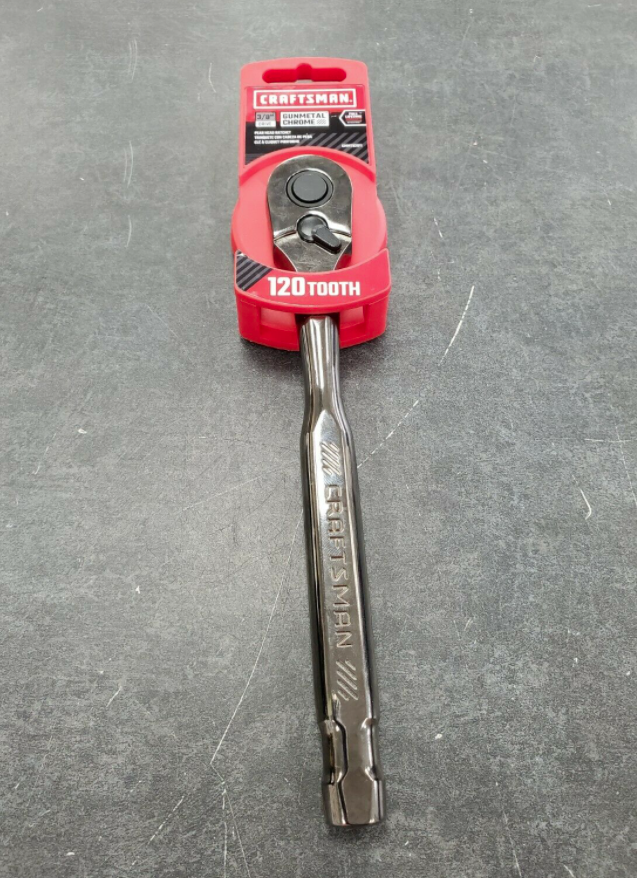 Since I still had the old ratchet, and I really liked the feel of it, I went to ebay and bought a rebuild kit for $14. Woohoo! 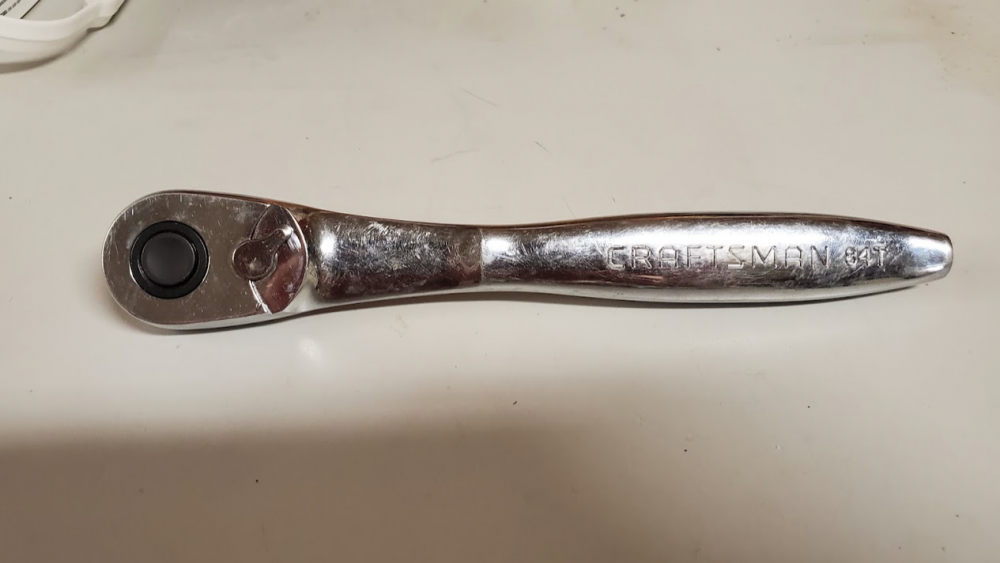 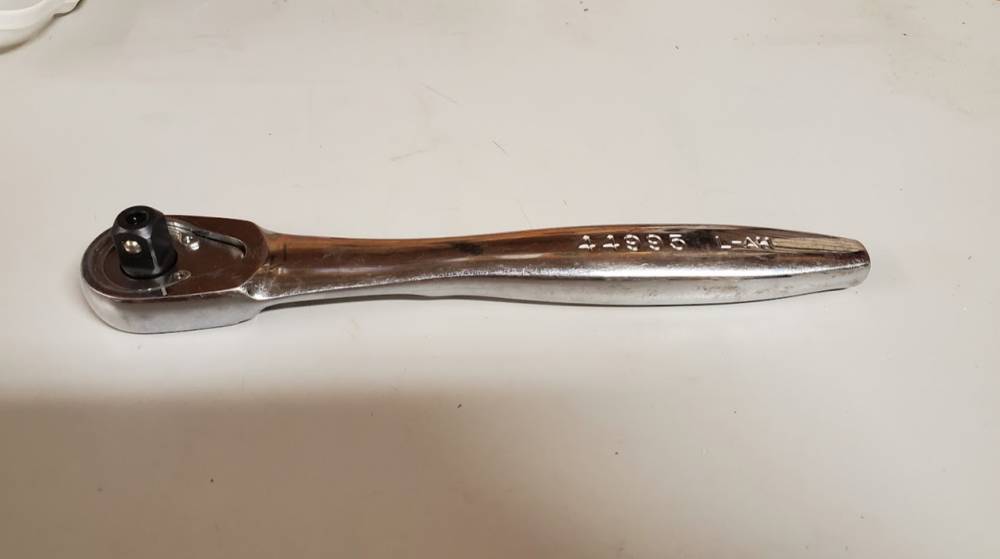 Last edited: Today at 9:50 AM
I have 2 modes: technical or sarcastic. If it's not one of those, you're probably misinterpreting me...

Not at any near me

They will NOT warranty without receipt. Period.
Saying you're offended is basically admitting you're incapable of controlling & managing your emotions so everyone else should do it for you

CasterTroy said:
Not at any near me

They will NOT warranty without receipt. Period.
Click to expand...

Your Lowes sucks. I didn't have a receipt for any of it. Maybe you tried a couple years ago when they first took on Craftsman and probably had an influx of constipated warranty claims that they were trying to mitigate?

CRAFTSMAN is known for its competitive warranties which will also be honored at Lowe's, providing customers a guarantee promise.
Click to expand...

corporate.lowes.com
Last edited: Today at 10:03 AM
I have 2 modes: technical or sarcastic. If it's not one of those, you're probably misinterpreting me...

Photographer: "Hey Jody, take that high line on the slab. It'll be a great shot"
Me: 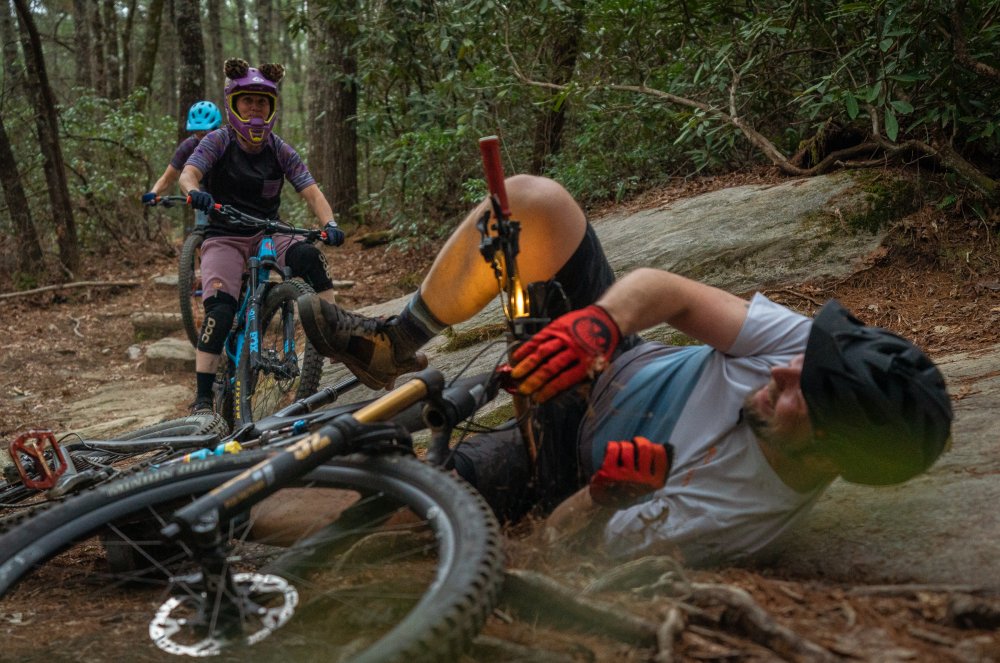 My God, it's not just his personality, even his legs glow!
I have 2 modes: technical or sarcastic. If it's not one of those, you're probably misinterpreting me...

jeepinmatt said:
My God, it's not just his personality, even his legs glow!
Click to expand...

It's my nuts actually.
Should probably see a doctor about it
5.0 Ranger Truggy
Dents, stickies, fun.

Somewhat concerned about the furby ears on the guy behind you. Do they tickle?
--
DP

"Man invented the slowest form of transportation - the sailboat, Then decided to race them."
​

kaiser715 said:
Somewhat concerned about the furby ears on the guy behind you. Do they tickle?
Click to expand...

That dude's a chick and she's a super bad ass rider!
I was severely outclassed that day. But I put on a show nonetheless.
5.0 Ranger Truggy
Dents, stickies, fun.

Jody Treadway said:
It's my nuts actually.
Should probably see a doctor about it
Click to expand...

I watched a man pay $16 for a cup of pee at the hockey game. 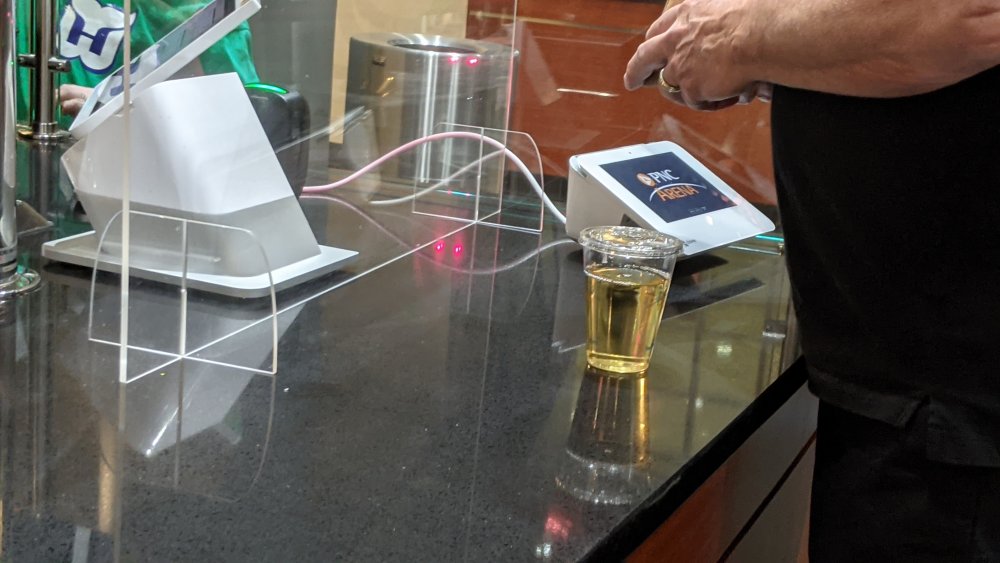